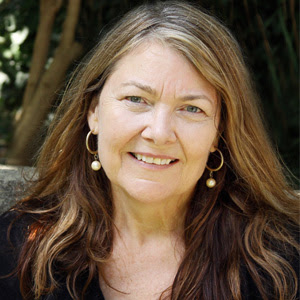 "As iron sharpens iron, so one man sharpens another"

My friend Diana wrote a terrific book and it's finally been published (--whew!--). The Company They Keep:

J.R.R. Tolkien and C.S. Lewis As Writers In Community started life as her doctoral thesis. I knew her back in those days (and earlier); I remember being shocked that thesis advisors have so much power over the shape and content of the thesis. Mike Glyer, then friend, now husband, turned to her after the smoke had cleared and asked her to write the book she originally conceived.

And lo, these many years later, I hold it in my hot little hands; a scholarly book you don't have to be a scholar to enjoy thoroughly.

I remember discussion early on, "what do you mean, 'the Inklings didn't influence each other?' How could any scholar ever say such a thing?" Well, one can hardly blame them since the Inklings themselves made that claim. And in the second chapter, Diana 'splains it to us, even better than Lucy to Ricky.

And, to be fair, if I were part of a group of disparate authors and I people started writing about us as a group, claiming that we had a "corporate mind," a kind of human hive, I would say, "Now wait a darn minute!" too. So to understand the 'methinks the Inklings doth protest too much' aspect of the argument, one must first know that an absurd claim had been made and the principals reasonably reacted against it. And then later scholarship took the Inklings at face value rather than examining the conditions under which the rather odd statements were made.

In a nutshell, this scholarly but thoroughly entertaining work takes the reader on a wonderful journey, illustrating in detail the width and breadth of the mutual influence, up to and including assorted examples of one person writing notes which recommend changes on a draft of a work by another person that later appear, often verbatim, in the final manuscript. Sure looks like influence to me...

But more than that, the book provides rich acounts about the nature of this group, how they interacted, how they supported and encouraged and challenged each other in their creative lives and endeavors. Very, very exciting and attractive - I want that!

So anyone with an interest in J.R.R. Tolkien, C.S. Lewis, Charles Williams, Owen Barfield, Hugo Dyson, et. al., you will enjoy this book first because it’s an entertaining read, chock-full of accounts of Inklings interactions. Second, it’s a fascinating examination of “influence” in its broad understanding, what it is to be interconnected by friendship, interests, goals, scholarship, creativity and faith. Third, it details concrete assistance they provided each other as editors, promoters, and collaborators, and references they made to each other in their work. But, for me, it is most stimulating as a look at creative support: what it takes to effectively encourage and exhort one another in the exercise of creative gifts.

There are present day applications in this book: how can we be effective resonators, collaborators, even opponents, and thus encourage our own creativity and that of others around us? Have we become phobic about the word “influence,” stuck in our romantic notions of the lonely genius? Diana examines this issue in the final chapter of her book and I found myself thinking what good thing it is that science and mathematics don’t eschew “influence” but rather build freely upon the theories and discoveries of others; I suspect there is an exaltation of artistic vanity in the view that a work is somehow diminished if “influence” is perceived. I don’t believe it’s possible to avoid “influence” – it is entirely pervasive, an inescapable part of being human. Diana argues these men were more fully themselves because of the Inklings, more individual and distinct for the contrast and encouragement, and I am persuaded she is right.

While I personally prefer footnotes to endnotes, these endnotes are gems; don't neglect reading them!

Lynn
Much to ponder - a busy mind, lots of thoughts, curious notions, and the ongoing attempt to reconcile God and my fallen self... getting up, however.